Which battery technology should you opt depending on your energy needs? 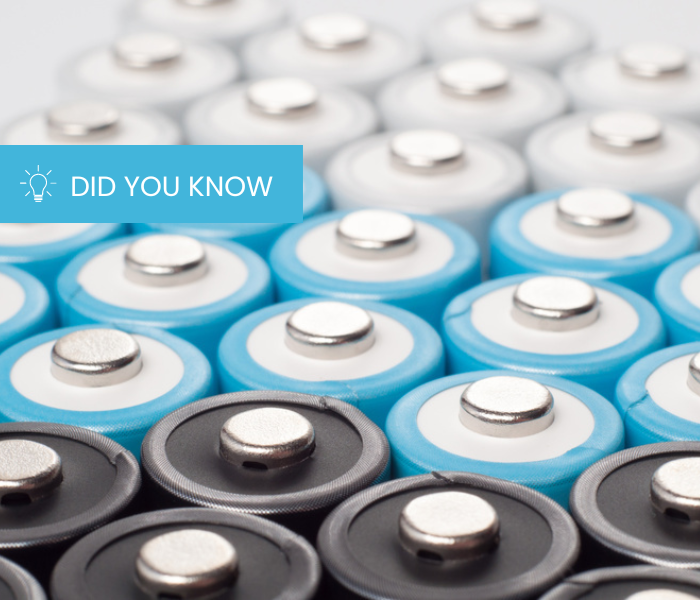 The battery is the key component in the electrification of a stationary or embedded application and allows different energy needs to be met: for example, a computer does not fulfil the same function as an electric vehicle or an energy storage station.

The technology of a battery represents its electrochemical structure. Each technology has its own characteristics in terms of power, the amount of energy stored and the number of charge-discharge cycles.

Therefore, it is very important to choose the battery technology in your solution so that it is the most suitable for your needs.

Battery technology: the 3 most used chemistries

From the development of the first accumulators to the present day, three technologies have been the most used by professionals for the electrification of their solutions. Each of them has different characteristics and is adapted to specific needs.

Invented in 1859, the lead-acid battery is a set of lead-acid accumulators connected in series in the same case. There are also gel batteries, lead-acid batteries in which the acid has been replaced by the gel electrolyte.

These batteries are mainly used for the storage of electricity and the supply of electrical components in vehicles with internal combustion engines, particularly the electric starter. When the engine is running, it is recharged by a dynamo or alternator.

The Ni-MH battery is a rechargeable battery pack that uses metal hydride and nickel. The batteries are based on hydrogen chemistry and redox technology.

Nowadays, these batteries are most often used as solar batteries for outdoor applications (solar lighting, surveillance, etc.) because of their resistance to extreme temperatures and their safety.

With significant developments in recent years, Lithium-ion batteries are the most widely used for the electrification of various applications, especially in the field of electromobility. Their operation is based on the passage of lithium ions from the anode to the cathode during discharge and the reverse during charge.

Lithium-ion technology includes several chemistries that differ from each other in their characteristics. For example, Lithium Nickel-Manganese-Cobalt (NMC) is compact and lightweight with high power for in-vehicle solutions. Lithium Titanate (LTO) has a longer life than most other Lithium sub-categories (between 5000 and 10000 cycles or more).

Lithium-ion batteries developed by Neogy® are suitable for several applications such as :

Battery technology: 2 developments that could revolutionise the current market

Competing with lithium-ion batteries in recent years, sodium-ion batteries technically function like all other batteries. The major difference is that both the cathode and the anode chemistry incorporates sodium. 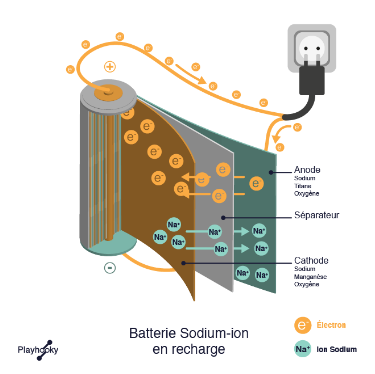 Sodium-ion batteries are all manufactured for an optimal number of charge-discharge cycles. Today, the power of a Na-ion battery can reach 1 to 5 kW/kg at discharge compared to 0.5 to 1kW/kg for Lithium-ion.

Sodium-ion batteries are not yet able to offer a better energy density than Lithium-ion, especially for electric vehicles, but their use would fill several gaps in Lithium-ion including :

Neogy® has been monitoring this electrochemical technology and in order to enable its customers to benefit from its performance, Neogy® has partnered with Tiamat, a French manufacturer of sodium-ion cells, for the design of its battery packs.

This concept, which has been in existence for several years, has recently undergone a significant evolution with the arrival of new families of solid electrocytes with a powerful ionic conductivity similar to that of liquid electrolytes.

All these technologies and their developments are driving constant innovation in the battery sector. New technologies are still being tested and will be added to those already in use in order to offer the best performance to professionals and their users.

At Neogy®, each battery pack is tailor-made according to the customer’s needs, an expertise made possible by the diversity of skills within its research and development centre. The electrochemical technology is selected to meet the performance requirements of professionals, particularly in terms of the power, safety, life span and energy density of their battery pack.

Find out how our battery packs can be fitted to your solution. 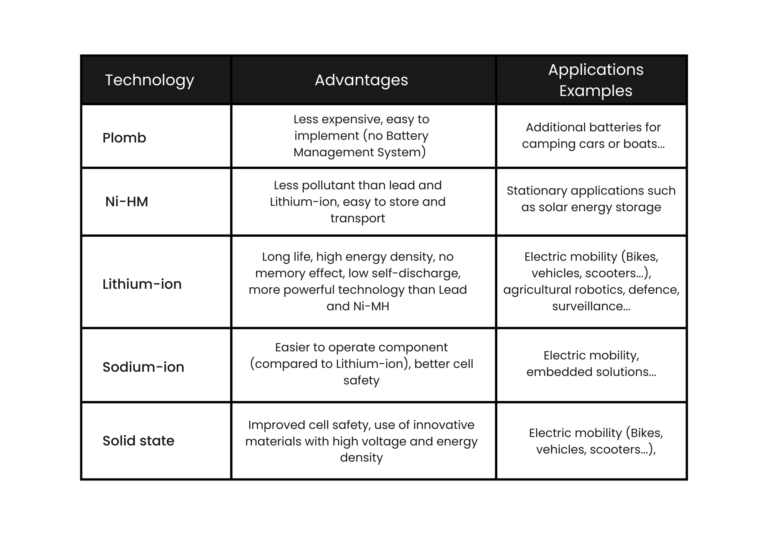